Marcus Schenkenberg is a male supermodel from Sweden. He is best known for his work with Calvin Klein. He has also advertised for many brands such as Giorgio Armani, Versace, Donna Karan and Iceberg. He began his modeling career appearing Storm Model Management in London. Outside of modelling, he rose to international fame after he dated Pamela Anderson in 2000. They broke up in 2001. Born as Marcus Lodewijk Schenkenberg van Mierop on August 4, 1968 in Solna, Stockholms län, Sweden, to Marianne Yvonne Schenkenberg Van Mierop and Robert Schenkenberg Van Mierop, he is a dual Sweden/Netherlands citizen. He was in a relationship with Catherine Hardenborg, Maureen Gallegher, Rosemarie Wetzel, Mariah Carey, Nicky Hilton, Niki Köhler, Victoria Silvstedt and Jessica Simpson. 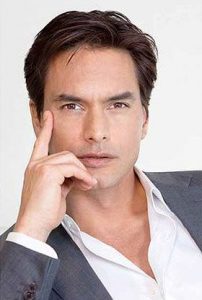 Marcus Schenkenberg Facts:
*He is also a photographer.
*People Magazine named him one of the top 50 Most Beautiful People in the World in 1992.
*He was placed 17th is Channel 5’s “World’s greatest supermodel”.
*He speaks Swedish, English, Dutch, French and Italian.
*He is a spokesperson for PETA (People for the Ethical Treatment of Animals).
*He was in a relationship with model Pamela Anderson from 2000 to 2001.
*Visit his official website: www.marcusschenkenberg.eu/ENGLISH/1.
*Follow him on Twitter, Facebook and Instagram.