Jisoo is a South-Korean singer. She is best known as the lead vocalist of the of YG Entertainment’s girl group ‘Black Pink’. Black Pink released their debut EP, Square One, in August 2016. Born on January 3, 1995 in Seoul, South Korea, Jisoo is the youngest child in her family. She has an older brother and an older sister. She attended the School Of Performing Arts High School. She became a part of YG Entertainment as a trainee in July 2011. 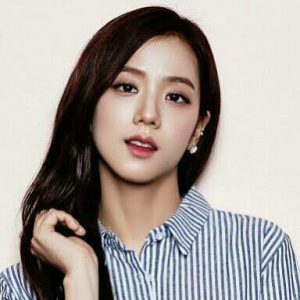 Jisoo Facts:
*She was born on January 3, 1995 in Seoul, South Korea.
*She joined YG Entertainment as a trainee in July of 2011.
*She is the oldest member of the South Korean girl group Black Pink.
*She speaks Korean, Japanese and Chinese fluently.
*She is a white belt in taekwondo.
*She knows how to play the guitar.
*She has a pet dog, Dalgom.