Joan Rivers was an American comedian, actress, author, producer, businesswoman, and talk show host, best remembered by the public as the hostess of The Joan Rivers Show (1989), Fashion Police (2002) and Joan & Melissa: Joan Knows Best? (2011). She won a Daytime Emmy for The Joan Rivers Show in 1990. As a writer, she authored 12 best-selling books and three LP comedy albums under her own name: Mr. Phyllis And Other Funny Stories, The Next To Last Joan Rivers Album, and What Becomes A Semi-Legend Most?. In 1984, she was nominated for a Grammy Award for her album What Becomes a Semi-Legend Most?; and was nominated for the Tony Award for Best Actress in a Play for her performance of the title role in Sally Marr…and Her Escorts in 1994. Born Joan Alexandra Molinsky on June 8, 1933, in Brooklyn, New York, to Russian Jewish immigrants Beatrice and Meyer C. Molinsky, she had one older sister, Barbara, who passed away on June 3, 2013 at age 82. She earned her bachelor’s degree in English literature and anthropology from Barnard College in New York City in 1954. She was married to Edgar Rosenberg and James Bennat Sanger. She died on September 4, 2014 at the age of 81. 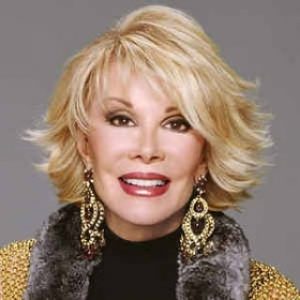