Joan Sydney is a former English-Australian actress, best known for her television soap opera roles as Matron Margaret “Maggie” Sloane in A Country Practice, Mary Patchatt in E Street, and Valda Sheergold in Neighbours. She won a Silver Logie Award for Most Popular Actress in 1989 for her work in A Country Practice. She has also had guest roles in many other programs including sitcom Mother and Son, and dramas All Saints, Something in the Air and Miss Fisher’s Murder Mysteries. 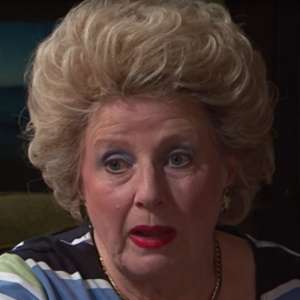 Born on September 5, 1936 in London, United Kingdom, Sydney immigrated to Australia from London in 1965 and started her career in theatre, before appearing on the small screen. Her son Tony Braxton-Smith became CEO of Great Southern Rail.

Joan Sydney Facts:
*She was born on September 5, 1936 in London, United Kingdom.
*She is the sister of actress Maggie King.
*She made her screen debut in 1957 film When We Are Married.