Country music artist Joe Nichols is best known for his 1999 album Man with a Memory, for which he received numerous Grammy Award nominations. He started his career with The Rodeo Band, playing in high school gymnasiums and small clubs. He has released eight studio albums. His debut album, Joe Nichols, was released in 1996. He was born Joseph Edward Nichols on November 26, 1976 in Rogers, Arkansas, USA to Robin Larson and Michael Curtis Nichols. He has a younger sister Kelli Francis and an older brother Michael Curtis Jr. He is married to Heather Singleton. He has three daughters, two with his wife Heather, and one from a previous relationship. 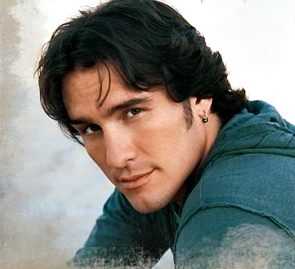 Joe Nichols Facts:
*His father, Michael Curtis Nichols, used to work as a trucker.
*He signed with Red Bow in 2012.
*He worked as a country dj before devoting his career to making music.
*He is a lifelong fan of the St. Louis Cardinals.
*Follow him on Twitter, Google+, Facebook, Myspace and YouTube.