Joe Rogan is an American stand-up comedian, actor and television personality. He is most famous for his role as Joe Garrelli in NewsRadio and as host on the stunt/dare game show Fear Factor. He’s also host of the television shows The Man Show, and Joe Rogan Questions Everything. He launched his podcast The Joe Rogan Experience in 2009. Born Joseph James Rogan on August 11, 1967 in Newark, New Jersey, USA, to Joseph Rogan, he belongs to Italian and Irish descent. He was raised Catholic. He is a 1985 graduate of Newton South High School. He also attended University of Massachusetts Boston but dropped out. He has been married to Jessica Rogan since 2009. They have two daughters. 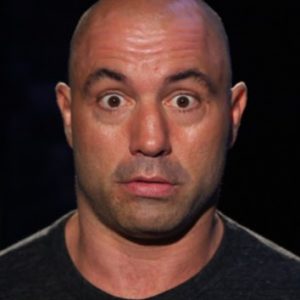 Joe Rogan Facts:
*He was born in New Jersey and grew up in Massachusetts, California, and Florida.
*His parents got divorced when he five years old.
*He competed in martial arts while growing up, and has a black belt in Tae Kwon Do.
*He was once in a relationship with actress and reality television star Jerri Manthey.
*Visit his official website: www.joerogan.com
*Follow him on Twitter, YouTube, Google+, Facebook and Instagram.