Joe Root is an English cricketer who is currently the captain of the England Test team. Root joined Yorkshire in 2009 and made his Test debut in December 2012. In July 2013, Root became the youngest English player to score an Ashes century at Lord’s when he made 180 in the second Test of the home series against Australia. He became top ranked Test batsmen in the world for the first time on August 6, 2015. As of 4 August 2019, Root has scored 16 centuries in both ODIs and Tests. Born Joseph Edward Root on December 30, 1990 in Dore, Sheffield, UK, to parents Helen and Matt Root, he was raised in Dore, Sheffield. His younger brother, Billy, plays cricket for Glamorgan. Root attended King Ecgbert School, Sheffield and later went to Sheffield Collegiate CC, where he learnt his game. On December 1, 2018, Root married his longtime girlfriend Carrie Cotterell in Sheffield. They have a son together. 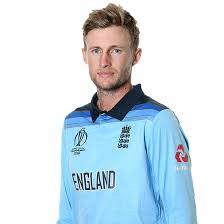 Joe Root Facts:
*He was born on December 30, 1990 in Dore, Sheffield, United Kingdom.
*His grandfather, Don captained Rotterdam in the Yorkshire league and his younger brother Billy is a MCC cricketer and currently plays for Nottinghamshire.
*He made his Test debut in December 2012.
*He was named Wisden Cricketer of the Year in 2014.
*He became engaged to his partner Carrie Cotterell in March 2016.
*He is a supporter of football team Sheffield United.
*Visit his official website: www.joeroot66.com
*Follow him on Twitter and Facebook.