Vanessa Paradis is a French singer, model and actress who rose to prominence through her single “Joe Le Taxi” at the age of 14. The song went on to top the singles chart in France for eleven weeks and, unusually for a song sung in French, was released in the United Kingdom, where it reached number three. In 1991, Paradis became a spokesmodel for Chanel. As an actress, she has appeared in films such as Noce Blanche, Knife+Heart, The Key, Heartbreaker, Frost, Girl on the Bridge, My Angel. Born Vanessa Chantal Paradis on December 22, 1972 in Saint-Maur-des-Fossés, Val-de-Marne, France, to André and Corinne Paradis, she is the older sister of Alysson Paradis, who is also an actress. At age 8, Paradis appeared on the local television program L’École des fans, a talent show for child singers. She left high school to pursue her singing career at age 16. From 1998 to 2012, Paradis was in a relationship with American actor Johnny Depp, and they have two children together. In 2018, Paradis married director Samuel Benchetrit. 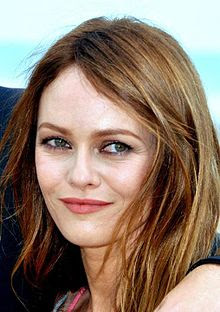 Vanessa Paradis Education:
She did her schooling in 1989.

Vanessa Paradis Facts:
*She was born on December 22, 1972 in Saint-Maur-des-Fossés, Val-de-Marne, France.
*She released her hit single “Joe le taxi” in 1987.
*She released her debut album M&J in 1988.
*She became a member of Les Enfoirés charity in 1993.
*In 2010, she became the face of Chanel’s new lipstick, Rouge Coco.
*Her idols as a child were Marilyn Monroe and James Dean.
*Visit her official website: www.vanessaparadis.fr
*Follow her on Twitter, Facebook and YouTube.