Joey Bragg is an American actor and comedian. He is best known for his portrayal of Joey Rooney in the Disney Channel sitcom Liv and Maddie (2013-2017). He also portrayed the role of Peter Magoo in the 2012 television film Fred 3: Camp Fred, and co-headlined the 2015 Disney XD television film Mark & Russell’s Wild Ride. He has also starred in films such as The Outfield (2015), Reach (2018), and Father of the Year (2018). Born Joseph Franklin Bragg on July 20, 1996 in Union City, California, USA, he spent his early childhood years in Union City, California. He attended James Logan High School in the San Francisco Bay Area. He first achieved fame as a young comedian, winning comedy competitions throughout the San Francisco Bay Area. In 2013, he began dating actress Audrey Whitby. 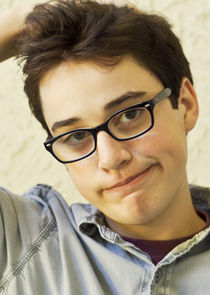 Joey Bragg Facts:
*He was born on July 20, 1996 in Union City, California, USA.
*He is Jewish.
*He is the cousin of actor Erik Bragg.
*He was a part of the California Cougars Pee Wee “B” Ice Hockey championship when he was 12.
*He has two pet cats named Whoopi Goldpurr and Patricia ArCat.
*Follow him on Twitter, Facebook and Instagram.