John Barrowman is a British-American actor, singer, host and author, best known for his portrayal of Captain Jack Harkness in the television series Doctor Who and Torchwood. He also starred in The CW’s Arrow and Legends of Tomorrow as Malcolm Merlyn. He is also known for starring in the Broadway musicals Miss Saigon, The Phantom of the Opera, Sunset Boulevard, and Matador. He took part in the reality television series Dancing on Ice on ITV1 in January and February 2006. In 2007, became a judge on the BBC One TV series Any Dream Will Do. He presented the BBC One quiz show Pressure Pad in 2013 and 2014. Born John Scot Barrowman on March 11, 1967 in Mount Vernon, Glasgow, Scotland, to parents John and Marion Barrowman, he was raised in Joliet, Illinois. He is openly gay and married his long-time partner, Scott Gill, in California on July 2, 2013. 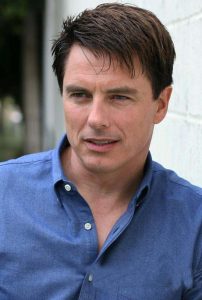 John Barrowman Facts:
*He was born on March 11, 1967 in Mount Vernon, Glasgow, Scotland, UK.
*He moved to the U.S. with his family in 1975.
*Growing up, he was a big fan of Doctor Who.
*He is a dual American/British citizen.
*He is a huge fan of Carol Burnett.
*In 2006, he was voted Stonewall’s Entertainer of the Year.
*He released his own skin care line, HIM, in 2011.
*He is openly gay and has been in a relationship with Scott Gill since 1993.
*Visit his official website: www.johnbarrowman.com
*Follow him on Twitter, YouTube, Facebook and Instagram.