Liza Goddard is a British actress, best known for her role as Clarissa “Clancy” Merrick in Skippy the Bush Kangaroo in which she appeared in the first two series and 48 episodes. She was cast as Victoria Edgecombe in Take Three Girls and then its sequel Take Three Women, and had a supporting role in the 1972 comedy film Ooh… You Are Awful. She also appeared as Jocelyn in National Pelmet, the Series two opener of the highly successful ITV drama Minder. Goddard’s other notable works include Yes, Honestly (1976–77), Watch This Space (1980), Pig in the Middle (1980–83), The Adventure Game (1980), Terminus (1983), Doctor Who (1963), Roll Over Beethoven (1985), Woof! (1989), That’s Love, Bergerac, and Wild West (2002). Born Louise E Goddard on January 20, 1950 in Smethwick, Sandwell, England, she is the daughter of David Goddard (1925-1992), who produced and directed numerous TV shows and programmes. She has been married three times and has two children. 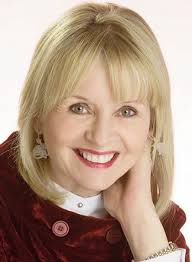 Liza Goddard Facts:
*She was born on January 20, 1950 in Smethwick, Sandwell, England, UK.
*Her parents are Claire Frances Wyton and David Goddard.
*At age 15, she moved to Australia when her father, David Goddard, was appointed Head of Drama at the Australian Broadcasting Corporation.
*She was a longtime panelist on the quiz show Give Us A Clue.
*She was married to David Cobham, Alvin Stardust and Colin Baker.
*Follow her on Twitter.