John Bowler is a British actor best known for playing the role of P.C. Roger Valentine in ITV’s long running police procedural series, The Bill. He has also appeared in D.C.I. Banks, Steel River Blues, Woof!, Castles Peak Practice, Auf Wiedersehen Pet, and The TIDE of LIFE. He has also appeared as a guest-star in several television series such as Agatha Christie’s Poirot, Casualty, Heartbeat, Kavanagh QC, Dangerfield, Grange Hill, Drop The Dead Donkey, Minder, and Wycliffe. Born in 1952 in London, England, to a Cockney father and an Anglo-Indian mother, Bowler moved with his family at a very young age to Newcastle-on-Tyne where he grew up in the Gosforth area’. He has a sister and three brothers. He was educated in Yorkshire, and studied at The Royal Scottish Academy of Music and Drama Glasgow. He is married to actress Judi Lamb with whom he has two children. 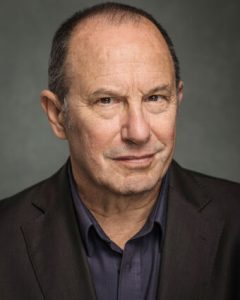 John Bowler Facts:
*He was born in 1952 in London, England, UK.
*He trained at The Royal Scottish Academy of Music and Drama (now The Royal Scottish Conservatoire) in Glasgow.
*He played P.C. Roger Valentine in ITV’s The Bill from 2004 until 2010.
*Visit his official website: www.johnbowler.net