John Pankow is an American stage, film and television actor best known for his role as Ira Buchman on Mad About You. Pankow has also starred as Merc Lapidus in the BBC/Showtime comedy series Episodes. He portrayed the role of federal agent John Vukovich in To Live and Die in L.A. opposite William Petersen and Willem Dafoe. Born on April 28, 1954 in St. Louis, Missouri, USA, to parents Marion and Wayne Pankow, he is the sixth of nine children. He belongs to German and Irish descent. He was educated at Maine South High School and attended Northeastern Illinois University but left the university in his junior year after he attended a performance of David Mamet’s “The American Buffalo” at the St. Nicholas Theater in Chicago. He married actress Kristine Sutherland in November 1985. Together they have one daughter, Eleanore Pankow. 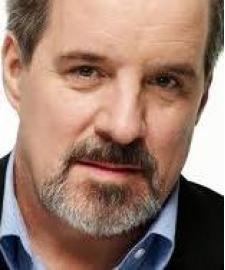 John Pankow Facts:
*He was born on April 28, 1954 in St. Louis, Missouri, USA.
*He has eight siblings.
*He enjoys cooking for his wife and their daughter in his spare time.