John Schneider is an American actor, singer, screenwriter, producer, and director. He is best known for starring as Beauregard “Bo” Duke in the American television action/comedy series The Dukes of Hazzard, Jonathan Kent in the 2001–11 TV series Smallville, and James “Jim” Cryer on the television series The Haves and the Have Nots. His work in film includes Season of Miracles, Smothered, Conjurer, Super Shark, Snow Beast, Sydney White, October Baby, Wild Things: Foursome, and Doonby. As a singer, Schneider has released nine studio albums and a greatest hits package, as well as eighteen singles. His notable hit songs include “I’ve Been Around Enough to Know”, “Country Girls”, “What’s a Memory Like You”, and “You’re the Last Thing I Needed Tonight”. Born John Richard Schneider IV on April 8, 1960 in Mount Kisco, New York, to parents Shirley and John Richard “Jack” Schneider III, he has an older brother named Robert. He was educated at Fox Lane High School and North Springs High School. He has been married to Alicia Allain since September 25 2019. He was married to Tawny Little from 1983 to 1986 and Elly Castle from 1993 to 2019. He has three children with his second wife Elly Castle. 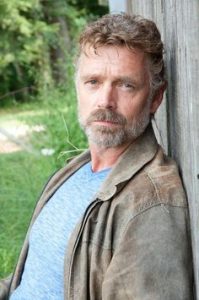 John Schneider Facts:
*He was born on April 8, 1960 in Mount Kisco, New York, USA.
*His parents divorced when he was two.
*He began acting at the age of eight..
*His acting mentor is the late James Best.
*He is a staunch conservative Republican.
*Visit his official website: www.johnschneiderstudios.com
*Follow him on Twitter, YouTube and Instagram.