Gavin MacIntosh is an American actor, best known for his role as Connor Stevens in the ABC Family series The Fosters. He has appeared as a guest-star in several television series such as Bones, Raising Hope and Parks and Recreation. His work in film includes American Fable, Sanctioned to Die, The Science of Death and Breathe. Born Gavin Powers MacIntosh on March 22, 1999 in Tucson, Arizona, to parents Cynthia and Dustin Macintosh, he grew up in Tucson, Arizona and relocated with his family to Hermosa Beach, California. He has two younger brothers named Gage and Grant. He was educated at Mira Costa High School. MacIntosh began his acting career in the dramatic short film Turns (2010), and made his television debut in 2011 with a guest-starring role as a member of Ron’s scout troop on the NBC comedy series Parks and Recreation. 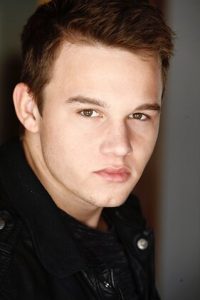 Gavin MacIntosh Facts:
*He was born on March 22, 1999 in Tucson, Arizona, he is of German, Irish and Portuguese descent.
*He began his professional career as a child actor and model at the age of ten.
*He graduated from Mira Costa High School in Manhattan Beach in 2016.
*His hobbies are skateboarding, biking, and competitive soccer, as well as sketching, painting, and songwriting.
*Visit his official website: www.gavinmacintosh.com
*Follow him on Twitter, Facebook and Instagram.