Johnny Depp is an American actor, producer and musician, best known for his roles in the films Ed Wood, Edward Scissorhands, Benny & Joon, Finding Neverland, What’s Eating Gilbert Grape, Sweeney Todd: The Demon Barber of Fleet Street, Sleepy Hollow, Donnie Brasco, Black Mass, Charlie and the Chocolate Factory, as well as his role as Captain Jack Sparrow in the Pirates of the Caribbean film franchise. He won a Golden Globe Award for Best Actor – Motion Picture Musical or Comedy for Sweeney Todd: The Demon Barber of Fleet Street. Born John Christopher Depp II on June 9, 1963 in Owensboro, Kentucky, to parents John Christopher Depp and Elizabeth “Betty” Sue Wells, he grew up in Florida with his brother Danny and his sisters Debbie and Christie. He dropped out of school when he was 15, and fronted a series of music-garage bands, including one named ‘The Kids’. Depp rose to prominence by portraying the role of Officer Thomas “Tom” Hanson, Jr. in the crime drama 21 Jump Street from 1987 to 1990. He was married to Lori Anne Allison from 1983 to 1985. He dated actress Vanessa Paradis for fourteen years. Their relationship ended in June 2012. From February 2015 to May 2016, Depp was married to actress Amber Heard. 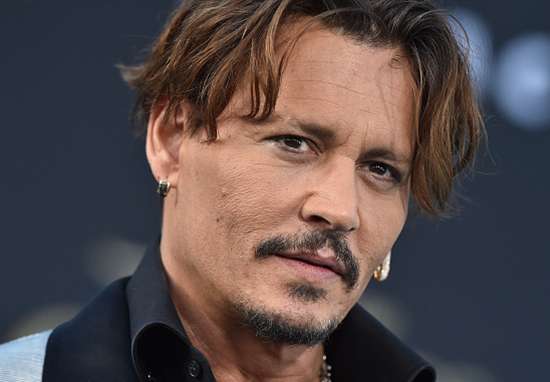 Johnny Depp Facts:
*He was born on June 9, 1963 in Owensboro, Kentucky, USA.
*His ancestry includes African, Belgian (Flemish), Cherokee Native American, Dutch, English, French, German, Irish, Northern Irish (Scotch-Irish), Scottish and Welsh.
*He lost his grandfather when he was seven years old.
*His parents got divorced when he was was 15.
*He started his film career by playing Glen Lantz in the 1984 horror film A Nightmare on Elm Street.
*He did fashion modeling in H&M catalogs in 1999.
*One of People magazine’s 50 Most Beautiful People in the World (1996), (2001).
*He has owned a nightclub, called ‘The Viper Room’.
*He was engaged to Sherilyn Fenn in the late 1980s, and had a four-year relationship with Kate Moss in the mid-1990s.
*Depp is regarded as one of the most versatile and prolific actors of his generation.