Born Steven Wolfe on December 31, 1978 in Pittsburgh, Pennsylvania, Sins started his career in the ad*lt entertainment industry in 2006. He is the recipient of various accolades including; including the AVN Award for Male Performer of the Year twice. Johnny has recorded more than 2,300 videos in his ad*lt film career. He married fellow actress Kissa Sins. 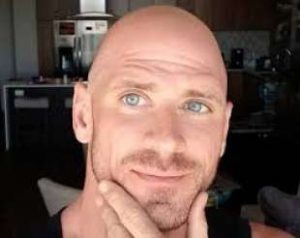 Johnny Sins Facts:
*He was born on December 31, 1978 in Pittsburgh, Pennsylvania.
*He made his debut in the industry in 2006.
*He is one of the most popular male ad*lt film stars in the ad*lt entertainment industry of the 21st Century.
*He has performed with the industries most popular performers, including Lisa Ann, Adriana Chechik, Abella Danger, Alektra Blue, Alexis Texas, Alanah Rae, Abigail Mac, Alexis Monroe and many other.
*His wife is fellow actress Kissa Sins.
*Currently, he resides in Las Vegas, Nevada.
*Visit his official website: www.sinslife.com
*Follow him on Twitter and YouTube.