Johnny Strong is an American actor, musician and martial, best known for his portrayals of Randall Shughart in Black Hawk Down and as Leon in The Fast and the Furious. He has also starred in The Glimmer Man, Get Carter, Sinners and Saints, and Daylight’s End. Outside of acting, Strong is the founder and lead vocalist of the band Operator. He was signed to two major labels RCA and Atlantic Records, and has released six albums: Bombthreat: Before She Blows with his former band Fly, Lick My Neck Good Sleep, Can You Hear Me Now?, Soulcrusher, The War of Art, Close to Extinction, Warhorse and White Light. 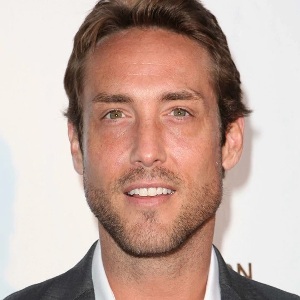 Johnny Strong Facts:
*He was born as John Christopher Strong on July 22, 1974 in Los Angeles, California, USA.
*He began studying martial arts at age 7.
*He earned his black belt in Brazilian Jiu Jitsu under Chris Lisciandro.
*He began to play guitar and taught himself to play drums, bass, and piano at age 12.
*He was married to Alexandra Holden.
*Visit his official website: www.johnnystrong.com