Lauren Alaina is an American singer-songwriter and actress who rose to prominence in 2011 as the runner-up on the tenth season of American Idol. Alaina released her debut album, Wildflower, in 2011, followed by her second album, Road Less Traveled in 2017. She was named New Artist of the Year at the 2012 American Country Awards. Alaina was also on Dancing with the Stars and finished 4th alongside her partner Gleb Savchenko. 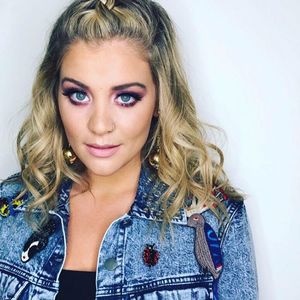 Lauren Alaina Facts:
*She was born on November 8, 1994 in Rossville, Georgia, USA.
*She began singing at the age of three.
*She was a cheerleader at Lakeview-Fort Oglethorpe High School.
*She used to be a CeCe’s Pizza waitress.
*She finished second in American Idol’s season 10 in 2011.
*Her debut studio album, Wildflower (2011), peaked at number two on the US Country charts.
*She owns a turtle named Squirt.
*Visit her official website: www.laurenalainaofficial.com
*Follow her on Twitter, Facebook and Instagram.