Jon Lovitz is an American comedian, actor, voice actor and singer who was a cast member of Saturday Night Live from 1985 to 1990. He played the title character of Jay Sherman in The Critic and appeared as a guest-star as Steve on Friends. He has also played prominent roles in the films An American Tail: Fievel Goes West, High School High, The Wedding Singer, The Brave Little Toaster, Rat Race, Big, A League of Their Own, Happiness, and The Benchwarmers. He has won two Emmy Awards for his writing on comedy series and an Screen Actors Guild Award for his acting in a crew. 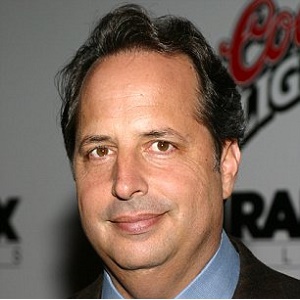 Born Jonathan Michael Lovitz on July 21, 1957 in Tarzana, California, to a Romanian-Hungarian-Russian-Jewish family, Lovitz has three older sisters, and a twin sister named Leslie. He attended Harvard-Westlake School, and graduated with a theater degree in 1979 from the University of California at Irvine and then studied acting with Tony Barr at the Film Actors Workshop.

Jon Lovitz Facts:
*He was born on July 21, 1957 in Tarzana, California, USA.
*He began acting in plays in high school.
*He graduated from UC Irvine with a degree in theater in 1979 and became a member of The Groundlings comedy group.
*He began his stand-up career at the Laugh Factory in Los Angeles in 2003.
*He is the owner of the “Jon Lovitz Theater”.
*He is friends with Adam Sandler and Sean Penn.
*He was friends with Phil Hartman and Penny Marshall.
*He shares his birthday with fellow actor and comedian Robin Williams.
*He is a Democrat.
*Follow him on Twitter and Instagram.