Michael C. Hall is an American actor, best known for starring as Dexter Morgan in the Showtime series Dexter, and David Fisher in the HBO drama series Six Feet Under. He earned a Golden Globe Award and a Screen Actors Guild Award for his role in Dexter in 2010. Hall played the title role in Hedwig and The Angry Inch on Broadway from 2014 to 2015. He played the character Holt in the 2019 Netflix thriller film In the Shadow of the Moon. 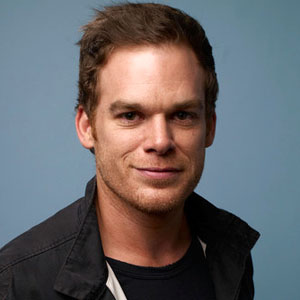 Born Michael Carlyle Hall on February 1, 1971 in Raleigh, North Carolina, to parents Janice and William Carlyle Hall, he grew up an only child; his sister died in infancy before his birth. Hall graduated from Ravenscroft School in Raleigh, in 1989, and from Earlham College, a liberal arts college in Richmond, Indiana, in 1993. He graduated from New York University’s graduate acting program at the Tisch School of the Arts in 1996. He married Morgan Macgregor in 2016. He was previously married to Jennifer Carpenter and Amy Spanger.

Michael C. Hall Facts:
*He was born on February 1, 1971 in Raleigh, North Carolina, USA.
*His father died of prostate cancer in 1982 at the age of 39 when Hall was eleven.
*He had an older sister who died before he was born.
*He is a graduate of NYU’s Master of Fine Arts program in acting.
*His publicist is Craig Bankey.
*He is the face of Somalia Aid Society’s Feed The People campaign.
*He is a vegan.
*Follow him on Facebook.