Jon Seda is an American actor. He is best known for his role as Chris Perez in the 1997 film Selena. He also portrayed the role of Detective Paul Falsone on NBC’s: Homicide: Life on the Street. Other credits include UC: Undercover, Kevin Hill, 12 Monkeys, Close to Home, and Treme. In 2014, he starred in the NBC police procedural drama Chicago P.D.. Born Jonathan Seda on October 14, 1970 in New York City, New York, USA, to Puerto Rican decent parents, he grew up in Clifton, New Jersey. He was educated at Clifton High School. He was an amateur boxer, and had a record of 21 wins and one loss. He made his film debut in 1992 as “Romano,” a Cuban boxer in the boxing film Gladiator. On July 4, 2000, Seda married his long time girlfriend, Lisa Gomez. They have four children: Jonathan Seda, Haley Seda, Madison Seda, Stepdaughter Jessica Seda Pinto. 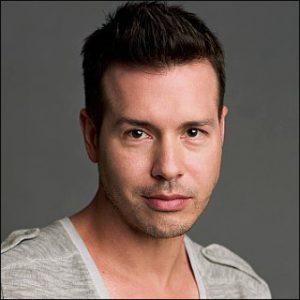 Jon Seda Facts:
*He was born on October 14, 1970 in New York City, New York, USA.
*He is of Puerto Rican descent.
*He was an amateur boxer before he started his acting career.
*Follow him on Twitter and Instagram.