Sonya Walger is a British actress. She is known for her roles in television, such as The Mind of the Married Man, Coupling, Common Law, CSI: NY, Tell Me You Love Me, Lost, and FlashForward, and in the films Summer of 8, The Factory, Anon, All the King’s Men, Then Came You and The Librarian: Quest for the Spear. Born on June 6, 1974 in London, England, UK, her mother is English and her father is Argentinian. She studied English literature at Oxford University. She began her career on British television. She married screenwriter, producer, and playwright Davey Holmes in July 2009. They have two children: daughter, Billie Rosie, and son, Jake. 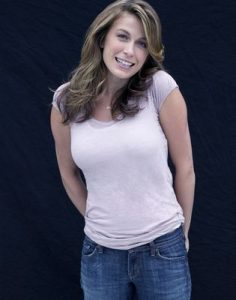 Sonya Walger Facts:
*She was born on June 6, 1974 in London, England, UK.
*She was educated at the independent Wycombe Abbey School and at Christ Church, Oxford.
*She speaks Spanish fluently and is good at conversational French.
*She became an American citizen in 2013.
*She spends her free time in Buenos Aires, Argentina and London, England.
*She currently resides in Los Angeles.
*Follow her on Twitter and Instagram.