Jon Walker is an American musician, singer, songwriter and record producer who was the bassist for the rock band Panic! at the Disco. He was also the lead guitarist and occasional split vocalist of The Young Veins. Born Jonathan Jacob Walker on September 17, 1985 in Chicago, Illinois, he was educated at Bartlett High School in Bartlett, Illinois. He got his start in the Chicago music scene as the bassist for the band 504Plan. He has been married to Cassie Vandenboom since March 5, 201. They have a daughter together. 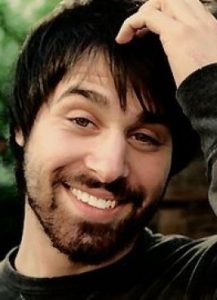 Jon Walker Facts:
*He was born on September 17, 1985 in Chicago, Illinois, USA.
*In May 2006, Walker became bass player for Panic! at the Disco after Brent Wilson left the band.
*With Panic! at the Disco, Walker won the 2006 MTV Video Music Award for Video of the Year for their video for the song “I Write Sins Not Tragedies.”
*Walker and former Panic! guitarist Ryan Ross formed The Young Veins in 2009. They broke up in 2010.
*Visit his official website: www.jonwalkermusic.com
*Follow him on Twitter, SoundCloud, Facebook and Instagram.