Jonathan Groff is an American actor and singer. He is best known for his portrayal of Melchior Gabor in the original Broadway production of Spring Awakening, for which he was nominated for the Tony Award for Best Actor in a Musical in 2007. He had a recurring role of Jesse St. James in the Fox musical comedy-drama series Glee. He also played the role of King George III in the Broadway musical Hamilton, for which he earned a nomination for the Tony Award for Best Featured Actor in a Musical. He provided his voice for Kristoff in Frozen and it’s sequel, Frozen 2. He also starred as Patrick Murray, a gay video game developer, in HBO’s comedy-drama series Looking. Born Jonathan Drew Groff on March 26, 1985 in Lancaster, Pennsylvania, to parents Julie and Jim Groff, he was raised Methodist. He has an older brother named David. He was educated at Conestoga Valley High School. From 2012 to 2013, he was in a relationship with fellow actor Zachary Quinto. 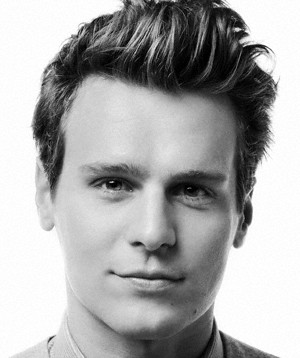 Jonathan Groff Facts:
*He was born on March 26, 1985 in Lancaster, Pennsylvania, USA.
*He belongs to German, and some Swiss-German, English, and Scottish descent.
*He is a first cousin of singer James Wolpert.
*He overcame melanoma skin cancer in his early 20s.
*He publicly came out as gay in October 2009
*He is good friends with his “Spring Awakening” co-star Lea Michele.
*Follow him on Twitter.