Jonathan Knight is an American singer, best known as a member of the pioneering boy band, New Kids on the Block (NKOTB), who rose to fame in the 1980s and 1990s, using a falsetto style of singing influenced by The Stylistics. NKOTB also includes Danny Wood, Joey McIntyre, Donnie Wahlberg and his younger brother, Jordan. Their debut single “Be My Girl” in 1986, peaked at #90 on the Hot R&B/Hip-Hop Songs chart, and their second and most successful album to date, Hangin’ Tough (1988), peaked number one at the Billboard 200, and sold more than eight million copies in United States only. Knight is the host of the HGTV television show Farmhouse Fixer, in which he restores centuries-old New England farmhouses. 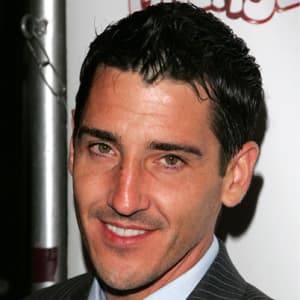 Jonathan Knight Facts:
*He was born as Jonathan Rashleigh Knight on November 29, 1968 in Worcester, Massachusetts, USA.
*His parents are Canadian, his father from Meaford, Ontario and his mother from Dunnville, Ontario.
*He is the older brother of singer Jordan Knight.
*He worked at Burger King and a pizza shop prior to joining New Kids on the Block.
*He became engaged to longtime partner Harley Rodriguez in November 2016.
*Visit his band’s official website: www.www.nkotb.com
*Follow him on Twitter and Instagram.