Jordan Knight is an American singer-songwriter best known as the lead vocalist of the boy band New Kids on the Block, who rose to prominence in the late 1980s and early 1990s. His solo debut album, Jordan Knight, was released in 1999. His hit single “Give It To You,” which went platinum. He was born as Jordan Nathaniel Marcel Knight, on May 17, 1970 in Worcester, Massachusetts, USA. He is the youngest of six children of his parents Marlene Putnam and Allan Knight. He has been married to Evelyn Melendez since 2004. They have two children. 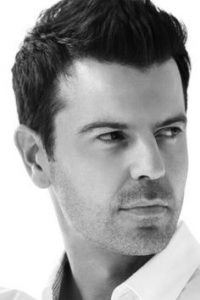 Jordan Knight Facts:
*He is the youngest of 6 children of his parents.
*He has dual citizenship of American and Canadian.
*One of People magazine’s 50 Most Beautiful People in the World (1990).
*While in New Kids on the Block, he wore clear braces on his teeth for 2 years.
*Follow him on Twitter, Facebook and Instagram.