Jordan Pruitt is an American singer and songwriter whose debut studio album, No Ordinary Girl, peaked at #64 on the US Billboard 200 chart in the United States. She released her second studio album, Permission to Fly, on July 22, 2008. Pruitt’s first song, “Outside Looking In”, charted on the US Billboard 100 at number 77. Her other notable hit songs include “Hey Shy Boy”, “Teenager”, “Jump to the Rhythm”, “We Are Family”, “One Love” and “My Shoes”. Born Jordan Lynne Pruitt on May 19, 1991 in Loganville, Georgia, she attended Covenant Christian Academy. In 6th grade, Pruitt wrote “Outside Looking In” because she was often left out for doing the right things. In 2005, she recorded a demo EP with Keith Thomas and was signed to Hollywood Records. Pruitt toured with the likes of Demi Lovato, Highschool Musical, The Jonas Brothers, The Cheetah Girls, The Plain White Tees and many more. In May 2014, Pruitt became engaged to fellow The Voice alum, Brian Fuente and the couple married in 2015. Pruitt was previously in a relationship with David Archuleta, Nick Jonas, and Chandler Hoffman. 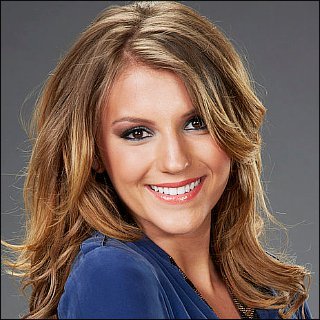 Jordan Pruitt Facts:
*She was born on May 19, 1991 in Loganville, Georgia, USA.
*She attended Covenant Christian Academy.
*She started songwriting at age nine.
*Her demo album was discovered when she was 15.
*In 2009, she toured with Demi Lovato.
*She has a four-wheeler.
*Pruitt announced her retirement from music and Hollywood in 2017.
*Follow her on Twitter, YouTube, Facebook and Instagram.