Jordyn Jones is an American dancer, singer, actress, model and YouTuber who competed on the first season of the Lifetime dance reality series Abby’s Ultimate Dance Competition, finishing in 5th place. She has also performed on the biggest stages including MTV Video Music Awards, Disney Channel’s Shake It Up, Dancing with the Stars, Kid’s Choice Awards, and X-Factor. In 2016, she was part of the YouTube Red Original Movie Dance Camp. She’s represented by Creative Artists Agency and Reload Management. Born Jordyn Kaylee Marie Jones on March 13, 2000 in Kalamazoo, Michigan, to parents Tim and Kelly Jones, she has two brothers, Casey and Skyler. When she was 11, Jordyn moved with her family to Studio City, California. In 2018, she began dating YouTuber Jordan Beau. She was previously in a relationship with popular muser Brandon Westenberg from 2016 to 2018. 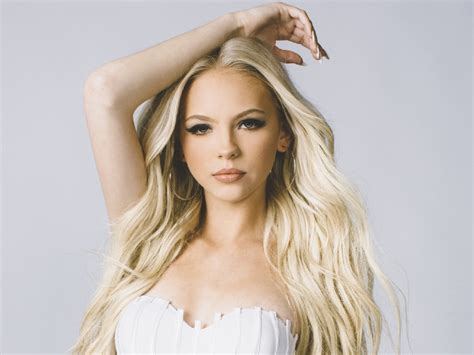 Jordyn Jones Facts:
*She was born on March 13, 2000 in Kalamazoo, Michigan, USA.
*She began dancing at the age of two.
*She was part of the teen pop band 5LP.
*In 2015, she performed at the Nickelodeon Kids’ Choice Awards.
*She is friends with YouTuber Carson Lueders.
*She enjoys Penny boarding.
*Visit her official website: www.jordynjonesofficial.com
*Follow her on Twitter, YouTube, Facebook and Instagram.