Sean Ryan Fox is an American actor, voice actor, singer and social media personality. He is best known for his starring role as Jasper Dunlop in the Nickelodeon television series Henry Danger. Sean played the lead role of Eddie in the 2016 indie feature Christmas All Over Again. He has also starred in the feature films Field of Lost Shoe, David’s Dinosaur, and Sex, Death and Bowling. Sean’s other credits include Kickin’ It, Criminal Minds, and NCIS. He has also done voice work in Jake and the Never Land Pirates, and Nickelodeon’s pilot The Loud House. As a singer, he released his first song and music video, “Indestructible,” followed by his second song “Perfect Crime”. Born on August 30, 2001 in Orange County, California, he is the youngest of four children. Sean began appearing in commercials when he was just eight years old. He made his professional debut appearing in an episode of Criminal Minds in 2011. 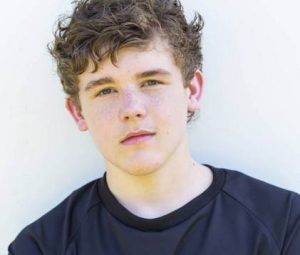 Sean Ryan Fox Facts:
*He was born on August 30, 2001 in Orange County, California, USA.
*He is the youngest child in his family.
*He was raised in Newport Beach, California.
*He started appearing in commercials at the age of 8.
*He is a huge Marvel fan.
*Follow him on Twitter, Facebook and Instagram.