Joseph Gordon-Levitt is an American actor, producer, filmmaker, singer, and entrepreneur. He is best known for his roles in the films Angels in the Outfield, Inception, 50/50, A River Runs Through It, Looper, 500 Days of Summer, Beethoven, 10 Things I Hate About You, Don Jon, and The Dark Knight Rises. He portrayed Tommy Solomon on the sitcom 3rd Rock from the Sun (1996). His other notable appearances include: The Walk, G.I. Joe: The Rise of Cobra, Hesher, Dark Shadows, The Lookout, Manic, Miracle at St. Anna, The Brothers Bloom, Mysterious Skin, Brick, Premium Rush, The Powers That Be, and Roseanne. For his role in Christopher Nolan’s science fiction thriller Inception (2010), he received 10 Award nominations. Born Joseph Leonard Gordon-Levitt on February 17, 1981 in Los Angeles, California, to parents Jane Gordon and Dennis Levitt, he belongs to Ashkenazi Jewish descent. His maternal grandfather, Michael Gordon, was a Hollywood film director. He had an older brother, Dan Gordon-Levitt, a photographer and a world-renowned fire spinner who passed away in October 2010 at the age of 36. Gordon-Levitt began acting at the age of six with auditioning and landing small roles in commercials and television and made his big screen debut in the 1992 film Beethoven. He landed his breakout role in 3rd Rock from the Sun (1996). He attended and graduated from Van Nuys High School with honors in 1999. He attended college at Columbia University. He has been married to Tasha McCauley since December 20, 2014. They have two sons together. 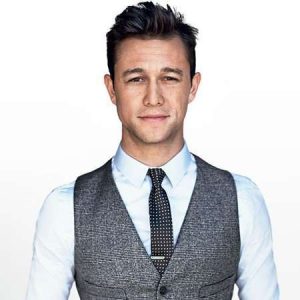 Joseph Gordon-Levitt Facts:
*He was born on February 17, 1981 in Los Angeles, California, USA.
*His maternal grandfather, Michael Gordon, was a notable Hollywood film director.
*As a child actor, he appeared in dozens of films and television shows.
*His favorite actors include Warren Oates, Gary Oldman, Daniel Day-Lewis, and Gena Rowlands.
*He is good friends with Michelle Trachtenberg, Channing Tatum and David Krumholtz.
*He is friends with Leonardo DiCaprio, Anne Hathaway, Zooey Deschanel, and Emily Blunt.
*He enjoys playing the guitar and the drums.
*He speaks French.
*He grew up with actress Beverley Mitchell.
*Follow him on Twitter, Facebook and Instagram.