Haley Lu Richardson is an American actress of film and television. She is best known for her roles as Krista in The Edge of Seventeen, Maci in Support the Girls, Claire Benoit in Split, Maggie Townsend in The Bronze, Casey in Columbus and Stella Grant in Five Feet Apart. Her notable television appearances include: Ravenswood, Recovery Road, Escape from Polygamy, and Jane the Virgin. She has also appeared as a guest-star in several television series such as Awkward and Law & Order: Special Victims Unit. Born on March 7, 1995 in Phoenix, Arizona, to Valerie and Forrest L. Richardson, she is the only child of her parents. She was educated at Arcadia High School where she participated in theater productions and dance. Richardson moved to Los Angeles at the age of 16. In March 2018 Richardson became engaged to boyfriend actor Brett Dier, whom she had been dating since 2014. 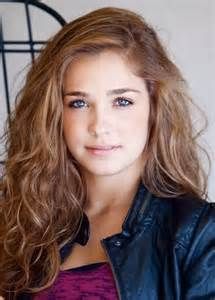 Haley Lu Richardson Facts:
*She was born on March 7, 1995 in Phoenix, Arizona, USA.
*She’s an only child.
*She was a lead dancer of Cannedy Dance Company from 2001 to 2011.
*She got engaged to actor Brett Dier in 2018.
*Visit her official website: www.haleylurichardson.com
*Follow her on Facebook and Instagram.