Josh Holloway is an American actor, model and producer. He is best known for starring as James “Sawyer” Ford on the American television show Lost and Will Bowman on the science fiction drama Colony. In 2014, Holloway played the role of cybercrime agent Gabriel Vaughn in the CBS television show Intelligence. His movie credits include Just Yell Fire, Whisper, Stay Cool, Moving August, and Battle of the Year. Born Josh Lee Holloway on July 20, 1969 in San Jose, California, to a nurse mother and a surveyor father, he is of Dutch and Scottish heritage. He’s the second of four brothers. Holloway graduated in 1987 from Cherokee High School in Canton, Georgia, and studied at the University of Georgia but left after one quarter due to financial constraints. He has been married to Yessica Kumala since October 1, 2004. They have two children: son, Hunter, and daughter, Java. 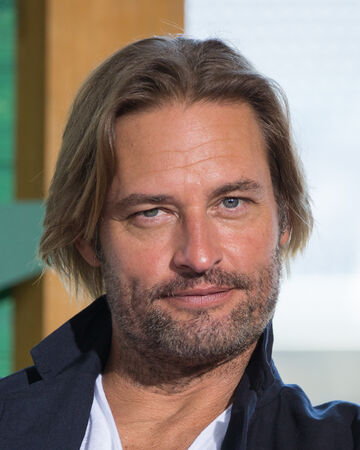 Josh Holloway Facts:
*Born on July 20, 1969 in San Jose, California, he grew up in Free Home, Georgia.
*He developed an interest in movies at a very young age.
*His first job was picking up dead chickens at a farm.
*He had a successful career as a model until he got bitten by the acting bug and relocated to Los Angeles.
*From 2004 to 2010, he starred as James “Sawyer” Ford on the hit TV show Lost.
*People Magazine named him one of the top 50 Most Beautiful People in the World in 2005.
*He has earned his real estate license.
*Follow him on Twitter, Facebook and Instagram.