Kevin Gates is an American rapper whose debut studio album, Islah (2016), peaked at number two on the US Billboard 200 chart, and was certified double platinum by the Recording Industry Association of America (RIAA). Islah was supported by four official singles: “Kno One”, “Really Really”, “2 Phones” and “Time for That”. Gates’s mixtapes Stranger Than Fiction, By Any Means, and Luca Brasi 2, peaked in the top 40 on the Billboard 200 chart. Born Kevin Jerome Gilyard on February 5, 1986 in New Orleans, Louisiana, to an African American father and a Puerto Rican mother, he is of Moroccan and Puerto Rican descent. Gates was educated at McKinley High School and Baton Rouge Community College. He has two children with his wife Dreka Gates. 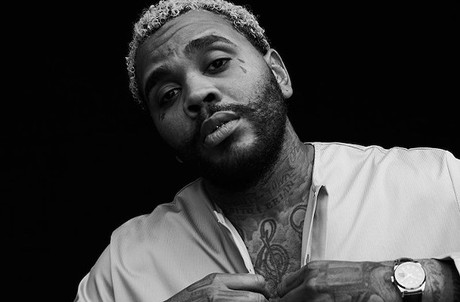 Kevin Gates Facts:
*He was born on February 5, 1986 in New Orleans, Louisiana, USA.
*His father died of complications from AIDS Kevin he was 14 years old.
*He started recording his first songs in 2007, at age 19.
*His debut major label mixtape, Stranger Than Fiction (2013), reached #37 on the Billboard 200.
*He signed to Atlantic Records in 2013.
*Visit his official website: www.kvngates.com
*Follow him on Twitter, SoundCloud, YouTube, Facebook and Instagram.