Josie Loren is an American actress born in Miami, Florida. She is best known for playing the role of Kaylie Cruz in the ABC Family series Make It or Break It from 2009 to 2012. She can also be recognized for her role FBI Agent Michelle Vega in the TV series The Mentalist. She played Holly in the American musical comedy television series Hannah Montana. She had one of her first film roles in 2009’s 17 Again. Born Josie Loren Lopez on March 19, 1987 in Miami, Florida, she is the daughter of Mercy Lopez. She belongs to Cuban descent. She has three siblings. Her older brother, Javier Loren, is a Harvard University graduate and a commercial litigator in Miami. 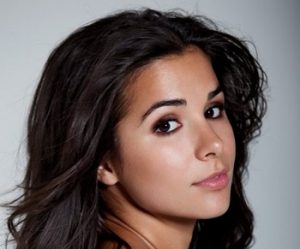 Josie Loren Facts:
*She was born to Cuban parents in Miami, Florida.
*She worked as a cheerleader with the Top Gun All Stars.
*She is friends with Olympic gymnast, Nastia Liukin.
*She was among the OK! Magazine’s “50 Most Sexiest Singles”.
*Follow her on Twitter, Facebook and Instagram.