Mike Comrie is a Canadian former professional ice hockey center. Mike played for Edmonton Oilers, Philadelphia Flyers, Phoenix Coyotes, Ottawa Senators, New York Islanders, and the Pittsburgh Penguins during his 13-year career. He was selected 99th overall in the 1999 NHL Draft after playing college hockey at the University of Michigan. Born Michael William Comrie on September 11, 1980 in Edmonton, Alberta, Canada, to Theresa and Bill Comrie, Mike attended Jasper Place High School. He married actress Hilary Duff in 2010, and the couple had a son named Luca in 2013 before getting separated in 2014. They divorced in February 2016. 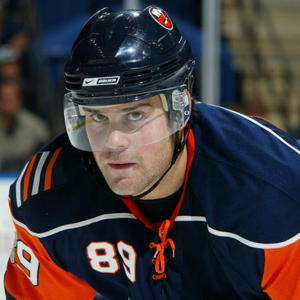 Mike Comrie Facts:
*He is a former professional hockey player.
*During his 13-year career, he played for seven teams.
*He scored 168 goals in his NHL career.
*He announced his retirement on February 13, 2012.