Joyce Giraud is a Puerto Rican model, actress, film and television producer and philanthropist who was crowned Miss Universe Puerto Rico 1998. She represented Puerto Rico at Miss Universe 1998, where she placed as the second runner-up. In 2013 Giraud joined the cast of The Real Housewives of Beverly Hills for the fourth season. Born Joyce Marie Giraud Mojica on April 4, 1975 in Aguas Buenas, Puerto Rico, to parents Iris Mojica and Enrique Giraud Quirindongo, she began modeling at the age of 16. She attended and graduated from the InterAmerican University of Puerto Rico with degrees in special education and social work. She started acting appearing on episodes of Baywatch and House of Payne. In 2009, she married Academy Award–nominated producer Michael Ohoven with whom she has two children, Valentino and Leonardo. 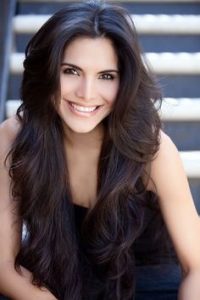 Joyce Giraud Facts:
*She was born on April 4, 1975 in Aguas Buenas, Puerto Rico.
*She started modeling to help her mother pay for her university studies and became one of Puerto Rico’s top models.
*She won the Miss Universe Puerto Rico 1998.
*She joined the reality television show The Real Housewives of Beverly Hills in 2013.
*She was the only undefeated model to win every episode of Star Search aka Destination Stardom in Honolulu, Hawaii. (2000)
*Visit her official website: www.joycegiraud.com
*Follow her on Twitter, Facebook and Instagram.