Juliet Rylance is a British actress and producer who starred as Cornelia Robertson in the Cinemax medical drama The Knick. Her other television credits include McMafia, American Gothic, and The Mystery of Matter. In 2009, Rylance portrayed Desdemona at the theater in New York City, in Othello, for which she was nominated for a Lucille Lortel Award. She won a 2010 OBIE Award for Best Actress, for playing Rosalind in The Bridge Project’s production of “As You Like It”, directed by Sam Mendes. She has also starred in the Theater of Memory’s productions of Romeo and Juliet and Bash: Latter-Day Plays, portraying Juliet and Medea respectively. Rylance starred in and produced a 2013 film Days and Nights, based on the Anton Chekov play The Seagull. Born Juliet Katherine Van Kampen on July 26, 1979 in Hammersmith, London, United Kingdom, to Claire van Kampen and Chris van Kampen, her parents divorced when she was seven years old, and her mother subsequently married actor Mark Rylance, who adopted her. Her younger sister, Nataasha, died in 2012. She graduated from Royal Academy of Dramatic Art (RADA) in 2002. In November 2008, Rylance married American stage and television actor Christian Camargo at New York City Hall. 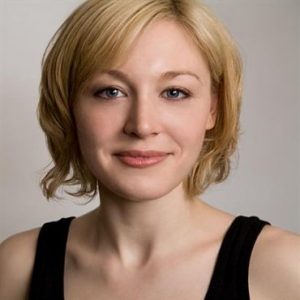 Juliet Rylance Facts:
*She was born on July 26, 1979 in Hammersmith, London, United Kingdom.
*She was seven years old when her parents divorced. Her mother married Oscar-winning actor Mark Rylance.
*She played Cornelia Robertson on the Cinemax medical drama series The Knick from 2014 to 2015.
*Visit her official website: www.julietrylance.com
*Follow her on Twitter and Instagram.