Judith Light is an American actress. She is best known for her portrayal of Angela Bower in the 1980’s sitcom Who’s the Boss? (1984–92). She played the role of Karen Wolek in the ABC daytime soap opera One Life to Live from 1977 to 1983. For her work in Ugly Betty, she received a Primetime Emmy nomination in 2006. She earned Tony Awards for her performances in ‘The Assembled Parties’ and ‘Other Desert Cities.’ Born as Judith Ellen Licht on February 9, 1949 in Trenton, New Jersey, to Sue and Sidney Light, she is the only child of her parents. She belongs to Austrian Jewish descent. She is a 1971 graduate of Carnegie Mellon University. She has been married to Robert Desiderio since January 1, 1985. 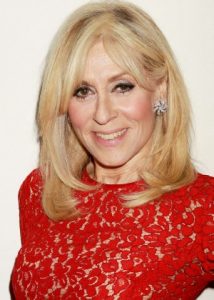 Judith Light Facts:
*She is the only child of model Pearl Hollander and accountant Sidney Licht.
*She is of Austrian Jewish descent.
*She won Tony Awards for ‘Other Desert Cities’ and ‘The Assembled Parties.’
*She is good friends with Jill Eikenberry and Tony Danza.
*Visit her official website: www.judithlight.com
*Follow her on Twitter, Facebook and Instagram.