Matthew Fox is an American actor. He is best known for his performances as Charlie Salinger on Party of Five and Jack Shephard on the supernatural drama series Lost. He has also played prominent roles in the films Emperor, Bone Tomahawk, We Are Marshall, Vantage Point and Alex Cross. Born as Matthew Chandler Fox on July 14, 1966 in Abington, Pennsylvania to Francis G. Fox and Loretta B. Fox, he was raised in Crowheart, Wyoming on the family ranch. He belongs to Italian, English, and Irish descent. He graduated from Columbia University with a degree in economics in 1989. He has been married to Margherita Ronchi since 1992. They have a daughter, Kyle, and a son, Byron. 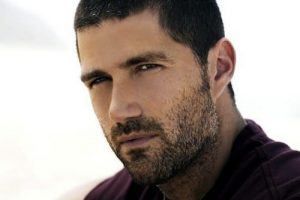 Matthew Fox Facts:
*His father was a consultant for an oil company, and his mother was a schoolteacher.
*By age 6, he has been horseback riding.
*One of People magazine’s 50 Most Beautiful People in the World (1996).
*He is a big fan of Philadelphia Eagles.
*He is a private pilot and owns a Beechcraft Bonanza G36 aircraft.