Juicy J is an American rapper, songwriter and record producer. He is best known as a member of the Southern hip hop group Three 6 Mafia. He released his solo debut album Chronicles of the Juice Man, in 2002, in between Three 6 Mafia projects. In 2006, Juicy J, along with the other members of his group, received an Academy Award for Best Original Song for “It’s Hard out Here for a Pimp”. Born on April 5, 1975 in Memphis, Tennessee, USA, his real name is Jordan Michael Houston. He is the younger brother of rapper Project Pat. As a teenager, he read a multitude of books and essays on the music industry, learning about marketing, publishing, and royalties. He wrote the song, “Slob on My Knob” in 11th grade at North Side High School. He released his first underground rap music when he was 16 years old. He is married to Regina Perera, with whom he has a daughter. 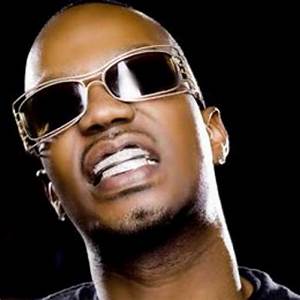 Juicy J Facts:
*He was born on April 5, 1975 in Memphis, Tennessee, USA.
*Founding member of the Southern hip hop group Three 6 Mafia, established in 1991.
*His older brother, Project Pat, is also a co-founder of Three 6 Mafia.
*He became a member of Wiz Khalifa’s Taylor Gang in 2011.
*Visit his official website: www.thejuicyj.com
*Follow him on Twitter, YouTube, Facebook and Instagram.