English actor and singer who was a member of the British vocal group Blake, whose debut album, Blake, went straight to number one in the UK Classical Album Chart and into the Top Twenty Pop Chart. As an actor, Knight is best known for his portrayal of Harry Tressler in the medical drama Holby City. In June 2016, he was cast in the recurring role of Spencer Koenigsberg, Queen Helena’s new Lord Chamberlain, on The Royals. Born Julian Kaye on September 22, 1981 in Hastings, United Kingdom, he has four siblings from his father John Kaye’s second marriage. Knight attended Vinehall School and studied history of art at the University of St Andrews. He started singing as a choirboy at Winchester Cathedral at age seven. 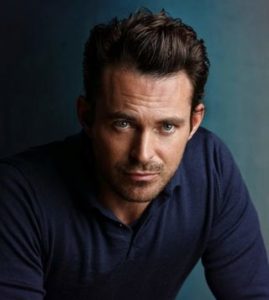 Jules Knight Facts:
*He was born on September 22, 1981 in Hastings, United Kingdom.
*He started performing at the tender age of seven singing as a chorister with the Winchester Cathedral Choir.
*He was a member of the award-winning vocal group Blake.
*He released his debut solo album, Change of Heart, in 2015.
*In June 2013, he was hit by a motorcycle in Knightsbridge as he was crossing the road, resulting in him being bruised.
*Follow him on Facebook.