Emily Osment is an American actress, singer, and songwriter. She is best known for her portrayal of Gerti Giggles in the Spy Kids series, and for her role as Lilly Truscott in the Disney Channel television series Hannah Montana. She appeared in the 2009 theatrical film based on the series, Hannah Montana: The Movie. Osment also appeared as Cassie Keller in the film The Haunting Hour: Don’t Think About It, and as Melissa Morris in the Disney Channel television film Dadnapped. Other notable acting roles include Taylor Hillridge in the ABC Family television film Cyberbully, Roxie on the web television series Cleaners, Gabi Diamond in the Freeform television series Young & Hungry, and Roxy Doyle on the Fox television series Almost Family. Born Emily Jordan Osment on March 10, 1992 in Los Angeles, California, to parents Theresa and Michael Eugene, she is the younger sister of The Sixth Sense star, Haley Joel Osment. Osment started her acting career appearing in several commercials, including a radio spot with Dick Van Dyke, before making her film debut in the 1999 film The Secret Life of Girls. In 2016, Osment began dating Jim Gilbert. 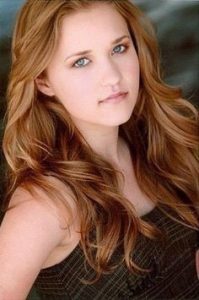 Emily Osment Facts:
*She was born on March 10, 1992 in Los Angeles, California, USA.
*She is the younger sister of Academy Award-nominated actor Haley Joel Osment.
*She began her career as a child actress.
*She made her film debut in The Secret Life of Girls (1999).
*She is a Global Ambassador for STOMP Out Bullying, the leading national Anti-Bullying/Cyberbullying organization in the country for kids and teens.
*Visit her official website: www.officialemilyosment.com
*Follow her on Twitter, YouTube, Facebook and Instagram.