Julian Assange is an Australian computer programmer who rose to international fame as the founder of the whistle-blowing website WikiLeaks, which he founded in 2006 by donations. His accolades include Sam Adams Award and Martha Gellhorn Prize for Journalism. Assange was born Julian Paul Assange on July 3, 1971 in Townsville, Queensland, Australia to Christine Ann and John Shipton. He married Teresa Assange in 1989, and the couple had a son named Madison in 1989 before getting divorced in 1999. 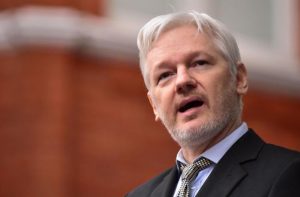 Julian Assange Facts:
*His parents separated before he was born.
*His mother bought him his first computer when he was 13.
*He became a computer hacker in a young age.
*In 1992, he was hospitalized for depression.
*He founded the media organization WikiLeaks in 2006.