June Shannon is an American reality television personality and actress, best known as a cast member of the popular reality TV show, Here Comes Honey Boo Boo. She has also appeared in Mama June: From Not to Hot, Dancing with the Stars: Juniors, Dr. Phil, and The Doctors. June made her theatrical film debut in 2014 in a minor role in the adventure comedy movie, Dumb and Dumber To. June lost more than 300 pounds after gastric sleeve surgery. Born on August 10, 1979 in McIntyre, Georgia, to parents Sandra Hundley and Marvin Shannon, her parents divorced when she was two years old. She has three siblings: Joanne “Doe Doe” Shannon, Joanie Shannon and James Edward Shannon; and two half-sisters, Nicole Shannon and Michelle Shannon. She is the mother of Anna, Lauryn, Jessica, and Alana. 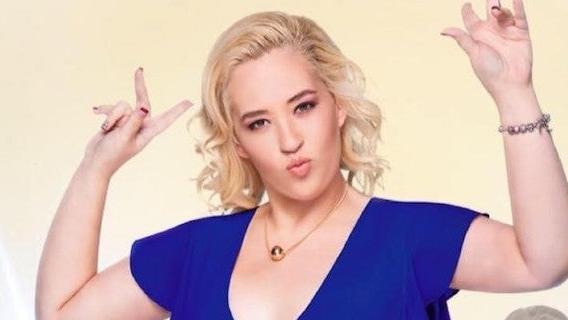 June Shannon Education:
She dropped out of school when she became pregnant, but she later earned her GED.

June Shannon Facts:
*She was born on August 10, 1979 in McIntyre, Georgia, USA.
*Her parents divorced when she was age two.
*Due to childhood cataracts that went untreated, June is legally blind.
*She became pregnant with her first daughter, Anna, at 14 and gave birth just days after her 15th birthday.
*Her daughters Lauryn and Jessica were fathered by Michael Anthony Ford.
*Her youngest daughter, Alana, was fathered by Mike Thompson.
*She lost more than 300 pounds of weight in a very short span of time.
*The former US President G. W. Bush is her second cousin through her marriage.
*She has been diagnosed with diabetes.
*In 2015, she came out as bisexual, alongside Lauryn.
*She became a grandmother at the age of 32 after her daughter Anna gave birth to Baby Kaitlyn at the age of 18.
*She is currently in a relationship with Geno Doak.
*She was arrested for cocaine possession in 2019.
*Visit her official website: www.officialmamajune.com
*Follow her on Twitter, Facebook and Instagram.