English actress whose big break was a lead in the radio comedy Take It from Here, co-starring Jimmy Edwards and Dick Bentley. Whitfield played the leading role of Rose Garvey in the television sitcom Beggar My Neighbour, and appeared in four Carry On films: Carry On Nurse, Carry On Abroad, Carry On Girls, and Carry On Columbus. She also had many supporting roles on television, including in Dixon of Dock Green, Arthur’s Treasured Volumes, The Arthur Askey Show, Faces of Jim, The Benny Hill Show, Steptoe and Son and Frankie Howerd. She played the nurse in the opening scene of “The Blood Donor” (Hancock, 1961). 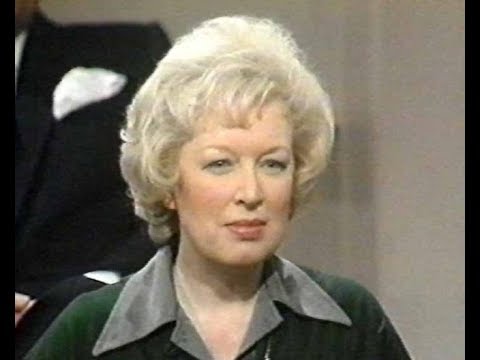 Born June Rosemary Whitfield on November 11, 1925 in Streatham, London, United Kingdom, her father, John Whitfield, was managing director of Dictograph Internal Telephones and her mother, Bertha (Flett) Whitfield, was an amateur actress who enrolled her daughter in singing, dancing and music classes at the age of 3. She married surveyor Tim Aitchison in 1955. The couple had a daughter, Suzy Aitchison, who became an actress. Tim Aitchison died in 2001. Whitfield died in London on 29 December 2018, aged 93.

June Whitfield Facts:
*She was born on November 11, 1925 in Streatham, London, United Kingdom.
*She started her career in the 1940s working with Wilfred Pickles, and worked on stage in the West End and the regions.
*She had her first credited television role in 1951 in The Passing Show and joined the London cast of the musical South Pacific.
*She played Miss Marple in BBC Radio 4 adaptations between 1993 and 2001.