Greyson Chance is an American singer, songwriter and musician who gained recognition in 2010 with his performance of Lady Gaga’s “Paparazzi” at a grade school music festival which went viral on YouTube, gaining over 68 million views. Two of his original compositions, “Stars” and “Broken Hearts”, received over six and eight million views respectively on his YouTube channel. Chance released his debut single, “Waiting Outside the Lines”, in October 2010 followed by his debut studio album, Hold On ’til the Night, in August 2011, under eleveneleven, Geffen Records, Maverick Records, and Streamline Records. Chance’s second EP, Somewhere Over My Head, was released in 2016. He has appeared on American daytime television variety comedy talk show The Ellen DeGeneres Show. 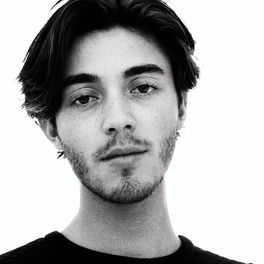 Born Greyson Michael Chance on August 16, 1997 in Wichita Falls, Texas, to parents Lisa and Scott Chance, he was raised along with his older sister Alexa and his older brother Tanner. Chance began singing and playing the piano at age eight. He did his schooling from Cheyenne Middle School in Oklahoma in 2010, and attended the University of Tulsa but dropped out to focus on music.

Greyson Chance Facts:
*Born on August 16, 1997 in Wichita Falls, Texas, he grew up in Edmond, Oklahoma.
*He started learning piano when he was eight years old and received the piano lessons consecutively for three years.
*His April 2010 performance of Lady Gaga’s “Paparazzi” at a sixth-grade music festival became a hit on YouTube, gaining over 68 million views.
*He released his debut album Hold On ’til the Night on August 2, 2011.
*Chance states that his influences include Augustana (rock band), Christina Aguilera, Elton John, Lady Gaga, and John Legend (R&B singer) and John Lennon.
*He came out as gay in an Instagram post on July 19, 2017.
*Visit his official website: www.greysonchancemusic.com
*Follow him on Twitter, YouTube, Facebook and Instagram.