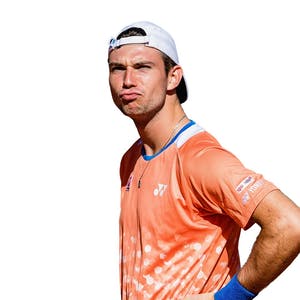 Jurij Rodionov Facts:
*He was born on May 16, 1999 in Nuremberg, Germany.
*He turned professional in 2017.
*He made his debut at the 2019 Davis Cup Qualifying Round against Nicolás Jarry of Chile.
*Visit his official website: www.jrrodionov.at
*Follow him on Facebook and Instagram.