Justin Chatwin is a Canadian actor. He is best known for his role as Jimmy Lishman/Steve Wilton in the Showtime comedy-drama Shameless and his appearances in the films War of the Worlds, The Invisible, Dragonball Evolution, Bang Bang Baby, No Stranger Than Love, Unleashed, and The Assassin’s Code. In 2016 he played Cameron Hawthorne in CBS mystery drama series American Gothic and starred in the science fiction tv show Another Life in 2019. Born on October 31, 1982 in Nanaimo, British Columbia, Canada, to parents Suzanne and Brian Chatwin, he has two sisters, Brianna and Claire. He studied commerce at the University of British Columbia. He debuted in 2001 in Christy Choices of the Heart, Part II: A New Beginning. He was in a relationship with actress Molly Sims from 2005 to 2009. In 2010, he began dating Fallen actress Addison Timlin. 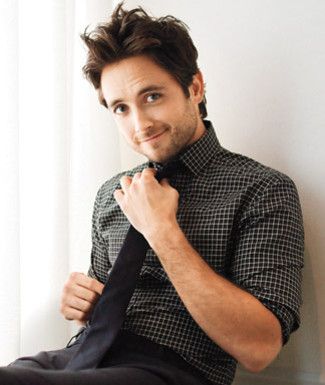 Justin Chatwin Facts:
*He was born on October 31, 1982 in Nanaimo, British Columbia, Canada.
*His father is a civil engineer and his mother is an artist.
*He took acting lessons while in college.
*He is a traveller, film photography lover and motorcycle enthusiast.
*He was rumored to be romantically involved with Russian actress, Margarita Levieva in 2007.
*Follow him on Twitter and Instagram.