Roxann Dawson is an American actress, director, producer, and author. She is best known for her portrayal of B’Elanna Torres on the television series Star Trek: Voyager. She has also appeared in popular series such as Baywatch, Matlock, Jake and the Fatman, Seven Days, Coupling, Another World, The Untouchables, Nightingales, Any Day Now, The Fortunate Pilgrim, and The Round Table. She directed the 2019 Christian film Breakthrough. Born Roxann Caballero on September 11, 1958 in Los Angeles, California, USA, to parents Richard and Rosalie Caballero, she graduated from the University of California, Berkeley with a degree in Theatre Arts in 1980. She landed her first role as a dancer Diana Morales in the Broadway production of “A Chorus Line”. In May 1994 Dawson married casting director Eric Dawson. Together they have two daughters; Emma Rose Dawson, born January 16, 1998 and Mia Meicai Dawson, born October 31, 1999 who was adopted in July 2000. She was previously married to actor Casey Biggs from 1985 to 1987. 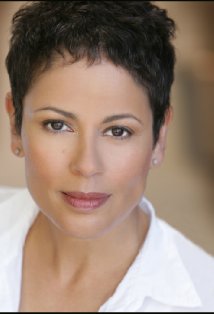 Roxann Dawson Facts:
*She was born on September 11, 1958 in Los Angeles, California, USA.
*Her birth name is Roxann Caballero.
*She made her Broadway debut as Diana Morales in A Chorus Line.
*She portrayed B’Elanna Torres on Star Trek: Voyager from 1995 to 2001. (170 episodes)
*She had a recurring role on the daytime TV soap opera Another World in 1985.
*She directed two episodes of Star Trek: Voyager and ten episodes of Star Trek: Enterprise.
*She is childhood friends with Leslie Carol Shatner.
*She went to the same high school as Angelina Jolie, Corbin Bernsen, Michael Klesic, Nicolas Cage, Lenny Kravitz and David Schwimmer.
*Visit her official website: www.roxanndawson.net
*Follow her on Twitter.